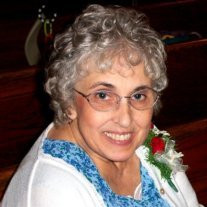 Sister Barbara Cardinal, IHM, 77, died Monday, Aug. 19, at her home in Dearborn Heights, Mich. Sister Barbara was one of three children of Wilfred and Florence (O’Brien) Cardinal. She was born on July 24, 1936, in Highland Park, Mich., and given the name Barbara Regina. Sister Barbara attended St. Gregory Grade School and St. Gregory and Immaculata High Schools in Detroit. She entered the Sisters, Servants of the Immaculate Heart of Mary in Monroe in 1954, taking the religious name of Sister Ann Damien. Sister Barbara earned a bachelor’s degree and a Master of Arts in Education from Marygrove College. In her early teaching career, she taught all subjects in the primary grades at Epiphany and All Saints, Detroit; Sacred Heart, Roseville; Our Lady of Lake Huron, Harbor Beach; Lakers School District and Bay Port School System, both of Bayport; and Hall of the Divine Child, Monroe. She taught in specialized capacities at Hall of the Divine Child, Monroe; and in Wyoming at St. Stephens Mission, St. Stephens; University of Wyoming, Laramie; and Sheridan School District and St. Edmund Parish, both in Ranchester, Wyo. After a year of sabbatical at Sangre De Cristo in Sante Fe, N.M., Sister Barbara focused her career on social work and treatment and advocacy supervision with Michigan Human Services, Spectrum Human Services, Detroit; and the United Cerebral Palsy Association of Detroit. For 10 years, she served as the Director of Advocacy and also as the Associate Executive of the United Cerebral Palsy Association. Sister Barbara was a diligent advocate for the disadvantaged and those with disabilities of all natures. Her ministry widened as she, as advocate, trainer and facilitator, helped many people during her employment with Wayne State University’s Developmental Disabilities Institute and the Detroit Mental Health System. As an independent advocate and facilitator, she continued to assist persons and families navigating through the human services systems until her death. Sister Barbara is survived by her sister, Margaret Clor of Harbor Beach, Mich.; brother, Edward of Surprise, Arizona; nine nieces and nephews; and several grand nieces and nephews. Visitation will be held at the IHM Motherhouse, 610 W. Elm Avenue, Monroe on Thursday, Aug. 22 from 2 until 7 p.m. with a Remembering at 7 p.m. The Mass of the Resurrection will be celebrated at 10 a.m. on Friday, Aug. 23 at the Motherhouse. Burial will follow in St. Mary Cemetery on the Motherhouse Campus. Funeral arrangements are under the direction of the Rupp Funeral Home, Monroe, MI. Memorials may be made to the IHM Retirement Fund, 610 W. Elm Ave., Monroe, MI 48162-7909.

Sister Barbara Cardinal, IHM, 77, died Monday, Aug. 19, at her home in Dearborn Heights, Mich. Sister Barbara was one of three children of Wilfred and Florence (O&#8217;Brien) Cardinal. She was born on July 24, 1936, in Highland Park, Mich.,... View Obituary & Service Information

The family of Sister Barbara Cardinal created this Life Tributes page to make it easy to share your memories.

Send flowers to the Cardinal family.