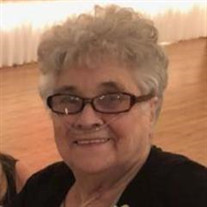 BARBARA A. LEMANSKI, age 87 of Harbor Beach, passed away Tuesday, November 27, 2018 at Harbor Beach Community Hospital. She was born on February 13, 1931 in Melvindale to the late John and Harriet (Kellog) Raymond. Barb and Clarence Joseph... View Obituary & Service Information

The family of Barbara A. Lemanski created this Life Tributes page to make it easy to share your memories.

BARBARA A. LEMANSKI, age 87 of Harbor Beach, passed away Tuesday,...

Send flowers to the Lemanski family.