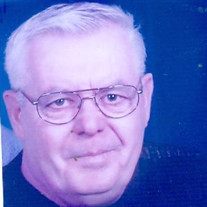 JOSEPH P. KUTZERA, age 73 of Harbor Beach, passed away Monday, June 22, 2015 at his home under hospice care, with his family at his side. He was born on May 3, 1942 in Ortonville, Minnesota, to the late Joseph and Edith (Mohs) Kutzera. Joe and Ruth Ann Emerick were united in marriage on June 22, 1969 in Zion Lutheran Church in Harbor Beach. Joe worked for the United States Coast Guard, serving over 20 years, retiring in 1980. In the following years, he worked for the City of Gladstone. He was a member of Zion Lutheran Church, the American Legion Post 197 of Harbor Beach, and the Port Hope Retirees. He enjoyed fishing, hunting, watching sports, was a huge Minnesota Vikings fan, going to the casino, and the highlight of his day was hanging out with his grandchildren and great grandchildren. He is survived by his wife Ruth Ann Kutzera of Harbor Beach, and children: Debora Kutzera and special Friend Dennis Arntz of Harbor Beach, Belinda Zack and her husband Michael of Singapore, Jeffery Kutzera and his wife Nancy of Gladstone, and Todd Kutzera and his wife Jessica of Uniontown, Ohio, 9 grandchildren: Jennifer, Josh, Jason, Jessica, Joseph, Samantha, Morgan, Zachary and Brody, 8 great grandchildren: Mason, Lylah, Arya, Avery, Landen, Isabella, Zoey, and Dawson, 1 brother: John Charles Kutzera and his wife Patricia of St. Joe, Minnesota, and 2 sisters: Patricia Mausolf of Minnesota, and Mary Lou Blommer and her husband Don of Alaska. Joe was preceded in death by a son: Joseph Kutzera, and sisters: Joyce Lommell and Jane Kutzera. Cremation has taken place for Joe at the Sunset Valley Crematory of Bay City. A memorial service will take place on Friday, June 26, 2015 at 3 pm at Zion Lutheran Church of Harbor Beach, with Rev. Ron Schultz officiating. A gathering of friends will take place on Friday at the church beginning at 1pm until the time of services at 3 pm. Military Honors will be given by the American Legion Post 197 of Harbor Beach. Memorials can be made to the Family Discretionary Fund. Arrangements are being handled by the Ramsey Funeral Home of Harbor Beach. Memories can be shared at www.RamseyFH.com

JOSEPH P. KUTZERA, age 73 of Harbor Beach, passed away Monday, June 22, 2015 at his home under hospice care, with his family at his side. He was born on May 3, 1942 in Ortonville, Minnesota, to the late Joseph and Edith (Mohs) Kutzera. Joe... View Obituary & Service Information

The family of Joseph P. Kutzera created this Life Tributes page to make it easy to share your memories.

Send flowers to the Kutzera family.