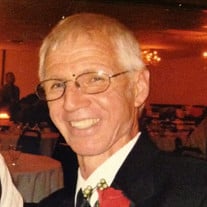 Raymond Robert Schulte, 62, of Port Hope, passed away at his home on October 31st, 2016, after a long battle with cancer. Raymond was known for his great gift of gab, his knack for running a backhoe, his love of playing cards, and his crazy driving of the green school bus over the river and through the woods. He loved spending time with his grandkids by giving rides on the tractors, and spending time with his kids playing Pinnochle or Cribbage. He also enjoyed spending time with his wife. They were married in December of 1977, and started what would be their life work, a dairy farm, together in August of 1980. Only those with a special connection can work side by side for 27 years milking cows and raising kids and still smile at each other almost every day. Raymond is survived by this loving wife of 39 years, Joanne. He is also survived by his children and grandchildren: Lisa and her husband David Woodke and their two boys Mitchell and Calvin; Michael and his wife Alison Schulte and their two children John and Hannah; and his youngest son Kevin Schulte of Kalamazoo. He is also survived by his mother, Margaret Schulte, and siblings Eugene (Kattia) Schulte, Susan (Earl) Taylor, Joseph (Corey) Schulte. He is survived by his in-laws: mother-in-law Ramona Tschirhart, siblings-in-law Keith (Patti) Iseler, Margie (Jeff) Phillips, Lawrence (Maryann) Iseler, Alvin (Anita) Iseler, Mary (Jerry Wilkins) Iseler, Glenn (Joni) Iseler, Bruce (Susan) Iseler, Neil (Patty) Iseler, Scott (Holly) Iseler, Wendy Schulte, Sharon Schulte and Heather Schulte. Outside of his biological family, there are also many other “family” members Raymond is survived by; he had a big heart and a special way of making friends and adding to his family. These include a daughter Ashley and her husband Mike Mazure and their children Michael and Reese; two grandchildren Juan and Freddy Medina, and many others. He was preceded in death by his father, Joseph Schulte and six brothers: Charles, Edward, David, Robert, Kenneth, and Andrew Schulte. Cremation has taken place, and the family looks forward to seeing you at the Visitation/Celebration of Life which will be held on Saturday, November 5, 2016, from 1:30 pm – 5:30 pm at the Hope Activity Center (formerly the Port Hope Community School located at 7840 Portland Ave, Port Hope, MI 48468). The memorial service will be the same day, Saturday, November 5, 2016, at 11:00, with a short visitation from 10:00 until the time of the service. The service will be held at the Port Hope United Methodist Church. A luncheon will immediately follow the funeral and will also be held at the Hope Activity Center. Arrangements are being handled by the Ramsey Funeral Home of Harbor Beach. Raymond was quite frugal and financially savvy, and hated to see money wasted. Therefore, in lieu of flowers, plants or other funeral items, the family asks that donations be made to the Hope Activity Center. Raymond was very fond of the Port Hope Community School (as a 1972 graduate and long-time School Board member) and was also fond of the Brian & Sarah Ingram family (which now co-own the Hope Activity Center). In addition to the Hope Activity Center, memorials may also be given to the Port Hope United Methodist Church, or donor’s choice. Memories can be shared at www.RamseyFH.com

Raymond Robert Schulte, 62, of Port Hope, passed away at his home on October 31st, 2016, after a long battle with cancer. Raymond was known for his great gift of gab, his knack for running a backhoe, his love of playing cards, and his crazy... View Obituary & Service Information

The family of Raymond Robert Schulte created this Life Tributes page to make it easy to share your memories.

Raymond Robert Schulte, 62, of Port Hope, passed away at his...

Send flowers to the Schulte family.