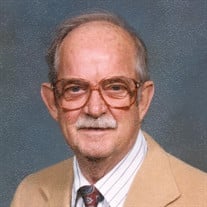 ROBERT J. DUTCHER, age 89 of Harbor Beach, passed away Sunday, October 19, 2014 at Scheurer Hospital in Pigeon. He was born on August 11, 1925 in Bay Port to the late John and Elizabeth (Lambert) Dutcher. He and Francia Ginebra were united in marriage on July 1, 1954 in the Dominican Republic. She preceded him in death on April 14, 2014. Bob served in the US Marine Corps during World War II. Bob also graduated from the University of Detroit. Bob worked as a Construction Manager for Alcoa Construction all over the world including: Dominican Republic, Iowa, Indiana, South America, Pennsylvania, Mexico, Pittsburgh, Trinidad and Brazil. He was a member of the Harbor Beach Rotary Club where he was a Past President, Treasurer for many years, and was a Paul Harris Fellow. He also was a past Captain of the USCG Auxiliary in Maine and Michigan. He enjoyed flying radio controlled airplanes, golfing and fishing. Bob is survived by his brother Jerry Dutcher of Hope, sisters: Sarah Sprague of Bay Port, and Jean Gunther of Caro, and his nieces and nephews. He was preceded in death by a brother John Dutcher, and sister and June Dutcher. Funeral Mass for Bob will be Thursday, October 23, 2014 at 11 am at Our Lady of Lake Huron Catholic Church, of the Holy Name of Mary Parish, with Fr. Edward Koniczka officiating. Cremation will follow at Sunset Valley Crematory, with Internment to take place at New Bay Port Cemetery. Visitation for Bob will be Wednesday, October 22, 2014 from 4-8pm at the Ramsey Funeral Home of Harbor Beach. Visitation on Thursday will be at the church beginning at 10 am until time of services at 11 am. A Parish Vigil Service will take place on Wednesday at 7 pm at the funeral home. Memories can be shared at www.RamseyFH.com

ROBERT J. DUTCHER, age 89 of Harbor Beach, passed away Sunday, October 19, 2014 at Scheurer Hospital in Pigeon. He was born on August 11, 1925 in Bay Port to the late John and Elizabeth (Lambert) Dutcher. He and Francia Ginebra were united... View Obituary & Service Information

The family of Robert J. Dutcher created this Life Tributes page to make it easy to share your memories.

Send flowers to the Dutcher family.