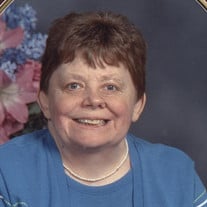 Sandra Jean Reid, 67, formerly of Harbor Beach, passed away peacefully on January 7, 2017, at McLaren Bay Region after a long illness. She was born September 29, 1949 at the Harbor Beach Community Hospital, to Bernard and Catherine (Downey) Shubitowski. She graduated from Our Lady of Lake Huron Catholic High School in 1967. She graduated from Saginaw Valley State University with a Bachelor’s Degree in Social Work and then went on to receive her Master’s Degree at Wayne State University. Sandy spent many dedicated years working for Catholic Family Services in the inner city of Detroit and also in Bay City. Much of her free time was spent working for the poor by helping in soup kitchens and assisting those with mental and physical handicaps. Sandy is survived by her two daughters, Caroline (Darrell) Swartz of Harbor Beach and Loretta (Michael) Isham of Sebawing; her mother, Catherine Shubitowski of Harbor Beach; her five grandchildren, Alex Swartz, Noel Wolschlager, Hope Wolschlager, Ashley Isham and Faith Isham; one great-grandson, Carter Wolschlager; her five siblings, Catherine (John) Messing of Lexington, MI, Rose Moody of Lawton OK, Janis (Mohsen) Lotfalian of Newburgh, IN, Paula (Don) Smith, Albion MI and Robert Shubitowski, of Caro, MI. She is preceded in death by her father, Bernard Shubitowski, her sister, Carol Shubitowski, and her brother-in-law, Ron Moody. Funeral Mass for Sandra will be Wednesday, January 11, 2017 at 11:30 am at Our Lady of Lake Huron Catholic Church, of the Holy name of Mary Parish, with Fr. William Spencer officiating. Burial will follow in the church cemetery. Visitation for Sandra will be Tuesday from 2-8pm at the Ramsey Funeral Home of Harbor Beach. Visitation on Wednesday will be at the church, beginning at 10 am until time of services at 11 am. A Parish Vigil Service will take place Tuesday at 7 pm at the funeral home. Memories can be shared at www.RamseyFH.com

Sandra Jean Reid, 67, formerly of Harbor Beach, passed away peacefully on January 7, 2017, at McLaren Bay Region after a long illness. She was born September 29, 1949 at the Harbor Beach Community Hospital, to Bernard and Catherine (Downey)... View Obituary & Service Information

The family of Sandra J. Reid created this Life Tributes page to make it easy to share your memories.

Send flowers to the Reid family.